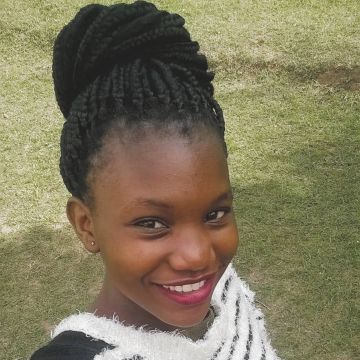 Growing up, I had a dream to change the world. I didn’t know how, but I guess with time, it unfolded, I became a medical doctor. A prestigious and an honorable profession in the society, my family couldn’t be prouder. One day as I walked tirelessly after a long day, I met an old friend and we chatted about our lives. As per norm, we talked about our professions, his thrilled me. He said “my colleagues and I ran a small orphanage where we basically offer support to vulnerable children from different villages in Thyolo.” It spiked something in me about going out and helping others in a different kind of way. I was more interested in what they do, how many children they have and what not, and fair enough, he extended an invitation about an activity which they had of having a health worker team to do medical checkups on all the children. “What I coincidence! count me in!” I exclaimed.

The said activity was scheduled some weeks later after meeting my old friend so I had time to extend the invitation to my colleagues at my work place. I remember correctly it was during our break time when I told them about the activity, and as many would do, one of them asked “what’s in it for me?”, “well”, I said, “it’s really just volunteer work, wouldn’t you want to help out someone vulnerable with your skills? These children, I bet, do not have such privileges to be checked out by health professionals” I said sympathetically. “These people make you work voluntarily but get loads of money to themselves and leave you out and to have you as a doctor to do these consultations is actually worth a dime and to me it’s just not fair!” one of the colleagues said, “how many times did your parents take you to the doctor for a medical checkup when you weren’t sick at all? To me, I find it pointless!” another said. “The sick are the ones that deserve to be seen by a doctor and the rest don’t”, they continued. I remained quiet and listened to them as they both had valid points, and I knew it was going to take a good politician to have them change their minds but I wasn’t gifted in that way so I finally said “am going to participate because I know these children really need this, fair to us or not, personally I look forward to the satisfaction that comes after helping someone.” I knew I hadn’t won any of their hearts so I wasn’t surprised when they didn’t show up. I showed up together with colleagues from other institutions. We arrived at the facility around 10 am in the morning, we were welcomed by warm smiles from the children and their guardians, what a beautiful welcome! One of the organizers graced the function with a prayer followed by the word of God, that seemed to be a custom to them which was also good as I also grew up in a Christian home and knew how important it was to believe in something greater than ourselves. We went ahead and measured the children’s weights, heights, temperatures followed by one-on-one consultations. We identified those that needed further treatment and gave recommendations, we advised the guardians on different health issues and documented our findings. Then as by their culture expected, the team prepared us a beautiful meal which we all enjoyed as we talked about what we experienced. It was a beautiful day! I was so glad to help out with the little I could and really, I went back home with a smile; I got the inner satisfaction I had aimed for and hoped I had made an impact on someone, I remembered the famous saying ‘When you love people and have the desire to make a profound positive impact upon the world, then will you have accomplished the meaning to live.' I can’t wait for the next health check, everyone deserves good medical care, rich or poor, orphaned or non-orphaned, we are all alike.

Everyone can help anyone